Good sensors make all the difference 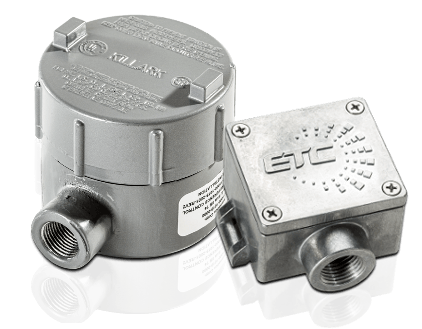 In plunger lift, there are many different factors that contribute to achieving optimum production. Most production engineers focus on the efficiency of the plunger or the type of optimization that is used. One thing that is often overlooked is the plunger arrival sensor. It is one of the least expensive components of the system, but is one of the most critical.

Historically, a sensor has been a sensor. They all featured a wound coil that would pick up the plunger as it moved by the sensor. This technology was susceptible to missing slow or non-ferrous plungers. Conversely, they would pick up noise and vibrations. In short, plunger sensors were unreliable and everyone knew it. Control systems would be programmed to expect this and system settings were skewed to make sure that the well would keep running.

Over the years optimization routines based on plunger arrival time (average velocity) were developed by many of the major producers. In theory, these would ensure that average plunger velocities were safe and more consistent. Making small adjustments for each cycle to either the close time or open time helped to vary the amount of fluid being brought to surface each run. Unfortunately, without an arrival sensor that could be trusted, how could you expect this optimization to run properly?

When we introduced the first Cyclops sensors to the market in the fall of 2011, there was quite a bit of skepticism. No one really believed that it would be any different than the sensors they had used for years, but it was. Because we had used a magnetic field sensor instead of a coil, we could take hundreds of readings per second, filter out the noise using a digital microprocessor, and dynamically adjust the sensitivity. We believed we finally had a sensor that could be adapted to any plunger type and could be counted on to detect each and every arrival without ever tripping when it shouldn’t.

We tried some early production samples with a major producer in the Piceance Basin. They had a particular well that no sensor would reliably work on. After trying the Cyclops, they reported that they were reliably picking up 62 per cent of the arrivals. This shocked us because we expected it to pick up 100 per cent of the arrivals. After speaking with the production engineer, we found out that they were ecstatic because no other sensor had picked up more than 30 per cent of the arrivals. After working with them to try and figure out what was happening, it was determined that there was actually a glitch in their remote terminal unit (RTU) programming. Once resolved, they were seeing 100 per cent of arrivals as expected. Cyclops has now been out there running for over three years without missing a beat. They had never had reliable operation on this well before and the unreliable sensors they were using had masked the problem in the RTU.

Around the same time, another major producer in the Piceance was trying the Cyclops. They were looking to see if they could find a more reliable sensor to work with their new optimization algorithm that used arrival times/average plunger velocity. Without an accurate arrival detection, the optimization was flawed. Once they tried the Cyclops, instantly their wells became more productive. They now had arrival information they could depend on and their algorithm was proved. From that day forth, they would optimize all their wells in this manner and the Cyclops would be the only arrival sensor they would use. Over three years later, they are still using this same optimization with Cyclops. Their wells have never performed better and arrival sensor issues are a thing of the past.

Now ETC is poised to take the next step in the evolution of plunger sensing. The Sasquatch is based on the same technology as the Cyclops. It is just as dependable and rugged, but adds in the element of plunger velocity. Instead of relying on arrival times which give you the average velocity over the depth of the well, the Sasquatch gives you the velocity of the plunger as it enters the lubricator. This is where a fast plunger will do its damage. As the fluid unloads and the gas decompresses, the plunger typically speeds up. This acceleration is simply averaged out when focusing on arrival time. This technology is set to fundamentally shift how a plunger well is operated and optimized.