Anyone that works in the oil and gas industry knows that they have to be concerned with hazardous locations. Most people know the general lingo and are able to source controls and sensors that meet their needs, or so they think.  The problem is that there is some room for interpretation and hazardous locations standards are an ever evolving entity.

Often in the industry, you hear the terms Class I, Division 1 or Class I, Division 2.  But what does that really mean?  More recently, you have probably heard about Zone 0, 1 and 2, but really don’t know what that entails. There is also a lot of confusion on the differences between testing organizations and hazardous locations standards.

First off, the standards cover the requirements for safe installation and operation of electronics. The certification organizations such as CSA, UL, and Intertek are testing organizations that ensure a given piece of equipment meets the requirements of the standard.  There has been some overlap in the past because each of these organizations had their own hazardous location standard.  This meant that if you used CSA to obtain Class I, Division 1 certification in Canada, you would have to go through a different set of tests and be qualified separately to use the same piece of equipment in the United States.

More recently, the IEC (International Electrotechnical Commission) developed an international standard for hazardous locations. The resulting standard IEC 60079 was adopted in North America to harmonize the standard in Canada, the United States and Mexico.  This meant that any piece of equipment could go through a single set of tests and be certified for use anywhere in North America.  This IEC standard is also used in a number of other countries, further simplifying the testing process for other jurisdictions.

When it comes to the class, this is the same regardless of the standard and is used to classify the type of hazard.  We are typically only concerned with Class I in oil and gas as this mean flammable gases and vapors. Class II is for combustible or conductive dust and Class III is ignitable fibers.

One subtle difference that was introduced in the IEC standard was the use of zones instead of divisions.  The reason for this was to avoid confusion since there is more granularity than provided with the two divisions.  Zone 2 is the same as Division 2 in that it specifies that there is a hazard in abnormal conditions. However, Division 1 is actually broken up using two zones.  Zone 1 means that there is likely to be a hazard under normal conditions and Zone 0 means that the hazard is continuous.

Some common areas that would be considered Zone 0 would be the inside of a tank, near a surface casing vent, or next to an instrumentation vent.  Zone 1 would include a well shack, in a low lying area, or slightly further from an instrumentation vent.  The further you get away from the hazard, the higher the zone.  Eventually we move into Zone 2 and then finally we reach a general purpose or non-hazardous area. 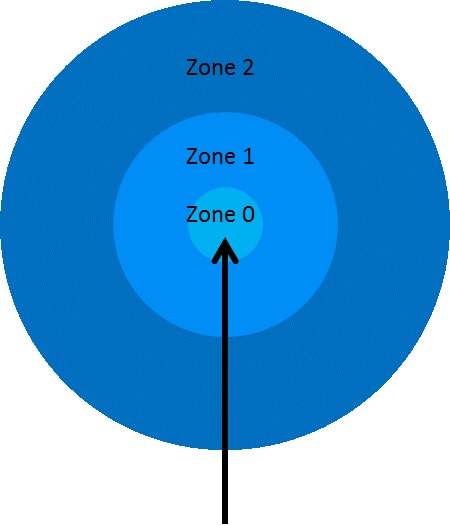 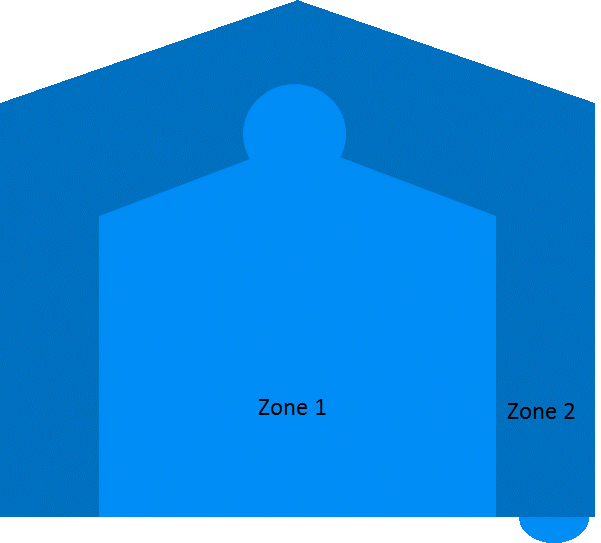 As things stand today, there are some discrepancies in which standards are applied and what is required depending on whether you are in Canada or the United States. Currently in Canada, all new installations must adhere to the IEC 60079 (zone based) standard and existing installations are grandfathered in. In the US, installations can use either standard. Another difference is that in Canada, it is presumed that a well head is classified as Zone 1 (Division 1) since there are so many different configurations including surface casing vents that would cause a hazard under normal conditions. This change was driven by the majors which wanted to err on the side of caution to ensure that every installation was safe. In the US, most well heads are still considered Zone 2 (Division 2).

The winds of change are blowing in the United States as we speak. Many major production companies are adopting the IEC standard and assuming that their wellheads are Zone 1. This means that Class I, Division 2 or even Class I, Division 1 electronic controls and sensors just don’t cut it anymore. The new requirement will become Class I, Zone 1 or even Class I, Zone 2. At ETC, we have always certified our products to the highest standard to ensure that they are safe, no matter what the requirement or where they are installed. That is why our plunger lift controllers and sensors are all certified as Class I,  Zone 0.